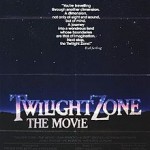 We had decided to watch Twilight Zone: The Movie (1983){.url} over the holiday weekend after running into it while shopping. It was pretty good, but it just felt like 4 episodes with 1980s-level movie production value. In fact, we found out that 3 of the 4 stories were just remakes from the 1960s TV show. As someone who is only familiar with the Twilight Zone through pop culture, that didn’t bother me much; they were all new to me. If I had to give a rating, I’d say something like 4 of 5 stars. 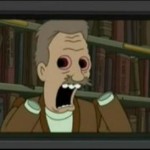 One way I had been familiar with the Twilight Zone was with Futurama‘s show-within-a-show called the Scary Door. In particular, I remember seeing their take on a “last man in the world” story called “Time Enough at Last”. Even without having seen the Twilight Zone episode, the concept comes across easily. It’s something many of us can identify with. (What would you do with unlimited time? Would it be any different than how you just spent your Labor Day weekend? And what if there was no one left but you?) 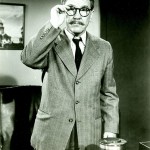 As you might have guessed, I had that episode in mind while we watched the movie, so afterwards I did some searching online. I was happy with what I found. For one, I found a copy of the original 1959 episode (approx. 25 min). I was surprised by how well it was done, and how closely it matched up with Futurama’s homage. 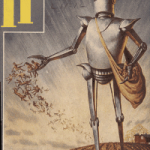 I was even more surprised to find a copy of the short story it is based on (1953, and public domain). It’s pretty short, and maybe even better than the television rendition. You should give it a read, when you have time. (I read it first… just in case.)