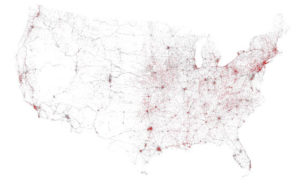 Iowa has the highest number of structurally deficient bridges, with about 20 percent of its bridges — more than 5,000 — classified as such. According to the National Bridge Inventory database, this means that the bridge “has one or more structural defects that require attention.”

We can do better, Iowa.