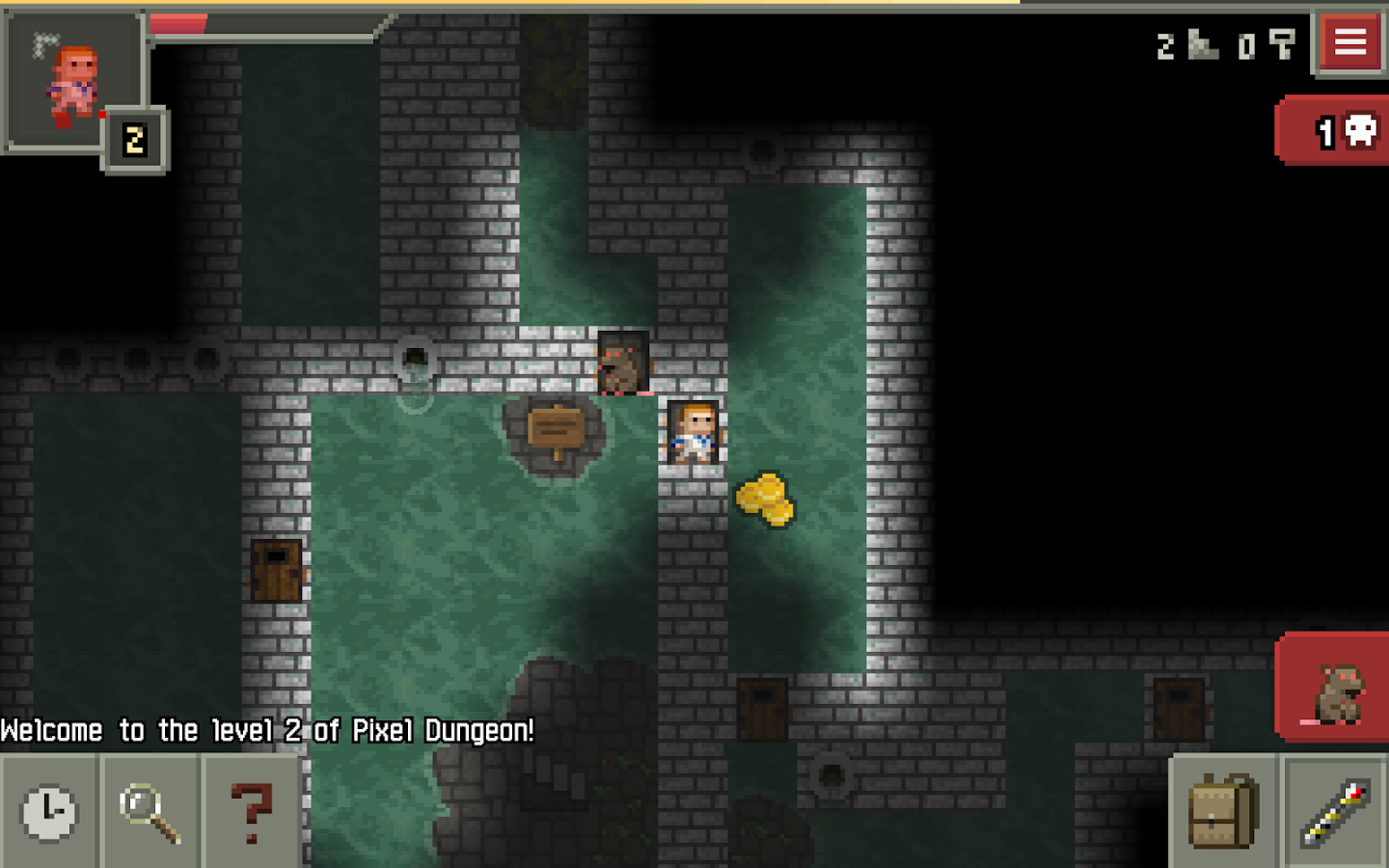 I randomly came across Pixel Dungeon today, and it was well timed because I was recently thinking about re-playing Diablo, a very well known take on the “rougelike” concept. However, though I kept thinking it would better on a tablet. (I played it a little on a Windows XP tablet. Yes, there was such a thing, and I had one… though I didn’t have the time to sit down and enjoy it back then.) Unfortunately, Diablo isn’t on Android, and from what I can tell, it’s not worth the trouble of trying to get the Windows 95 version up and running under emulation.

I found NetHack, famous for being one of the oldest continually developed games, which has some okay Android ports with some okay tilesets. I was hoping for NetHack with higher fidelity, maybe some retro-styled graphics, maybe some sound effects, and if I was lucky, some decent music. I found all of that in Pixel Dungeon. It’s definitely a gem of open-source mobile games; I’d recommend trying it. I haven’t played it much yet, but it’s definitely worth sharing.

Side note: it turns out Michael Toy was one of the original authors of Rogue, in addition to also a main part of the Netscape documentary called Code Rush that I watched recently. That’s quite a coincidence!