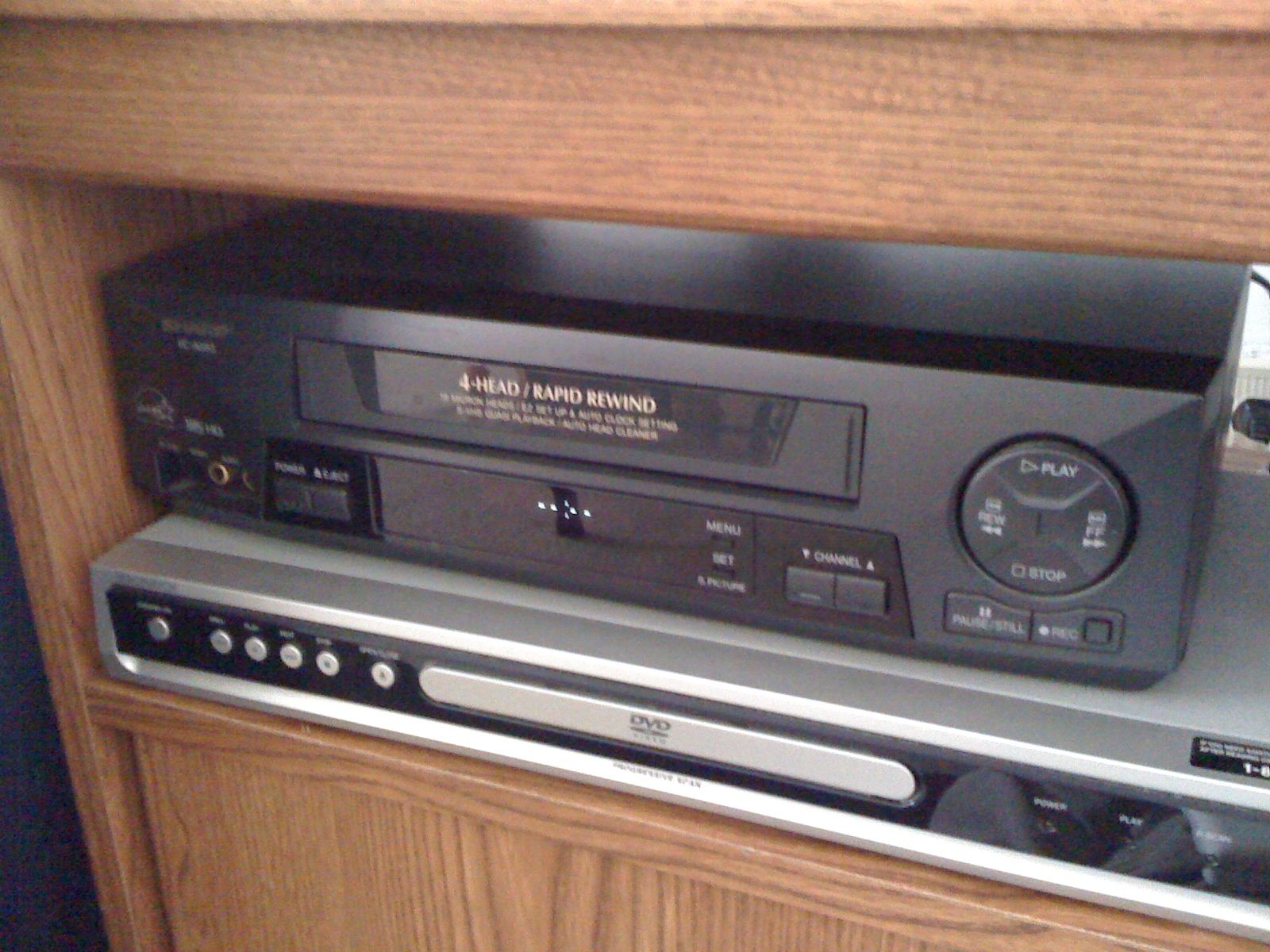 Alright, you may be wondering why I’m making a blog post about a VCR in 2011. Blu-Ray is supposed to kill DVD any year now, right?

A VCR is actually a more relevant device in 2011 than I would have originally thought, mostly because of one reason: lots of people don’t want VHS tapes anymore. It’s really easy to find all sorts of free and cheap copies of movies you would want but wouldn’t buy otherwise. Goodwill and Salvation Army are good examples; we’ve spent a few dollars and ended up with a dozen movies, including older Star Trek movies I’d never seen (picked up for $0.25 a piece), along with lots of good 80s, 90s, and early 2000s movies. Freecycle and “urban recycling” (or “curb shopping”) often turn up with good offers too, but for free. They all play with better quality than I seem to remember, too.

When it comes down to it, price really is king. Sure, they may not play that great on a HDTV, but since we’re not planning to upgrade soon (or re-buy all our movies on Blu-Ray as Hollywood seems to be hoping), it’s a great option for getting a lot of good movies for next to nothing – especially since we don’t have cable.

That said, we recently had a problem with our VCR (also free, of course): The tracking looked to be completely off, leaving us with nothing but static. We had thought Delta ruined some tapes in our recent holiday trip (they ruined enough of our other things), since we’ve previously used the VCR just fine.

Thx @delta for sending the bag to our door. Not happy with a call before 6am or the damage to the bag though. Going to avoid u in the future

My first instinct was to use the channel up/down buttons on our universal remote to try to adjust the tracking. That didn’t help at all. The menu wasn’t very helpful, either. It’s a Sharp VC-A593, which I couldn’t find more than a few questions about and dead links to manuals online. After testing cable connections and with tapes we’ve previously viewed, it definitely was a tracking problem. But I did find a solution.

Solution: Use the channel up/down butons on the VCR itself. You may have to rapidly push up/down 50+ times to see any difference at all, but eventually it came back to life.

At some point, the tracking fell out of alignment and we hadn’t noticed. We were about to throw it out, until I played around with it some more.